What Do I Do With My Eyes? 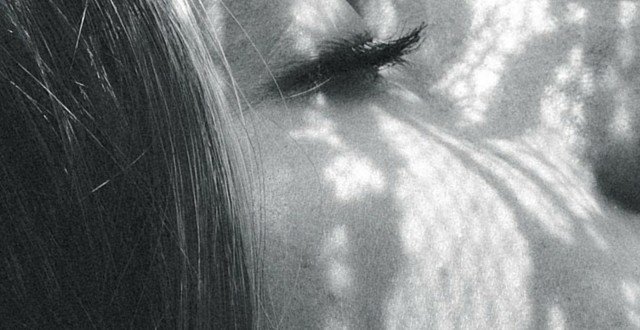 When discussing posture in meditation .. many people worry about ..

In some meditative traditions the eyes are closed during meditation; in some schools (such as Zen) the eyes are half-closed/half open and looking slightly downward; the Brahma Kumaris eyes remain fully open.

Eyes are a real problem for Westerners. In the Judaeo-Christian culture of prayer and contemplation .. we prefer to keep our eyes closed, and so as a beginner it often feels more appropriate and natural, and it connects us with that sense of turning our focus inward.

If practicing a meditative technique such as Trataka (or Third Eye Meditation) eyes are first open and then closed .. and when closed the eyes rest on the Ajna Chakra (or 6th Chakra) located between the eyebrows and said to be the mystical ‘third eye’ which people often feel is their natural centre.

Closing the eyes can often lead us to a state of drowsiness and lethargy, and with the lack of energy people often fall asleep or mentally wander in this dozy, blissful space.

Opening the eyes can often contribute to distractions and busyness of thought.

We may need to be flexible in our approach depending on how we find ourselves when we sit .. each time different, each time new.

One great article on this subject in my file (originally from Tricycle .. “This is Your Brain on Zen” ) has James Austin (neurologist and Zen practitioner) speaking about current thinking on where we might rest our eyes in meditation.

Austin has brought his two ‘loves’ together to investigate the ‘neural correlates of the Zen experience’. He speaks often and around the world on the plasticity of the human brain, and the way the brain can alter its function through training (hence his view is hugely popular following a recent break through in neurological research).

Austin spoke of how the brain interprets information received by our eyes. Referring to ancient sculptures and images from the Buddhist tradition he points out that we often see the eyes wide open and staring upward, often to the left. The Buddha is said to have awakened at the moment he looked up and saw Venus, the morning star, just above the horizon.

While classical zazen instruction called for meditators to rest eyes half-opened and on the floor (shown to be useful in concentration practices that hone attention skills); more recent instruction is to soften the gaze and look up towards the eyebrows.

“It fit’s right in with the Indo-Tibetan practice of sky-gazing, and with moon-gazing, which is firmly anchored in Sino-Japanese cultural history”… “Going out into the night and bathing in the moonlight we look in the general direction of the sky”.

Gazing up at something in the distance, above the horizon, is thought to help trigger awakening when conditions are right. Our lower visual field tends to focus on what is near at hand (that closest to the presumed ‘self’); while the upper visual field is better at processing distant objects ‘out there’.

In classes, I suggest participants try firstly with eyes closed, resting their gaze gently at the ‘third eye’ location (between the eyebrows) as they begin to meditate .. . a gentle, soft noting of where the eyes are, during the course of the practice allows us to raise the eyes to this point of focus again and again (usually when distracted). As we notice our mind has wandered we often find that are eyes have fallen into a downward posture (into subconsciousness) .. and so we can gently return again to raising the eyes and re-focusing our mind to the breath.

In time it becomes easier to keep the eyes focused gently upwards .. often we note a centering of energy in the forehead that will ’hold’ our gaze there quite naturally. You might also consider this gentle ‘holding’ a mindfulness tool .. requiring just a little effort and focused awareness.

FAQ, How to Start
Eyes, Posture
Let’s Sit
What do I do with my hands?
I’m having a somewhat ‘wild’ sale tonight. A