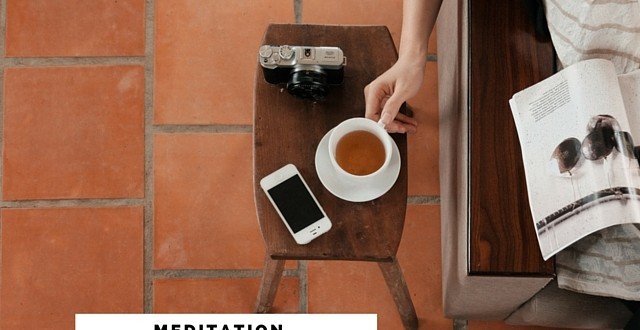 I was pulled up by someone recently .. where was my ‘meditation in the news’ report?

What I had intended to be a weekly write-up .. had slipped from my view, but obviously not from one of my lovely tribe!

And at a time when there is SO MUCH in the media about meditation and mindfulness. .. what David Brendel suggested in the Harvard Business Review recently as reaching “cult status in the business world”.

So today I humbly return with a new roundup of meditation focused articles and research that have crossed my desk of late. This will now be a monthly post (weekly is just not possible at the moment) .. so without further ado .. the May Meditation In the News Roundup ..

At Aetna, a C.E.O.’s Management by Mantra : The New York Times
Mark T. Bertolini, the 58-year-old chief executive of Aetna, the health insurer and one of America’s 100 largest companies by revenue, had a near-death experience which set him to overhaul his own health regimen, and reshape the culture of Aetna. Introducing yoga and meditation to the workforce of 13,000 makes Aetna one of the most progressive organisations in corporate America, alongside stock increasing threefold since Mr. Bertolini took over as chief executive in 2010.

More than one-quarter of the company’s work force of 50,000 has participated in at least one class, and those who have report, on average, a 28 percent reduction in their stress levels, a 20 percent improvement in sleep quality and a 19 percent reduction in pain. They also become more effective on the job, gaining an average of 62 minutes per week of productivity each, which Aetna estimates is worth $3,000 per employee per year.

Mindfulness Meditation helps fight insomnia, improves sleep: Harvard Health Publications
A small study, which appeared in JAMA Internal Medicine, suggests that mindfulness meditation — a mind-calming practice that focuses on breathing and awareness of the present moment — can help with insomnia. The study included 49 middle-aged and older adults who had trouble sleeping – half completed a mindfulness awareness program (focusing on ‘moment-by-moment experiences, thoughts, and emotions’) while the other half completed a sleep education class. Both groups met six times, once a week for two hours. The Mindfulness group reported less insomnia, fatigue, and depression at the end of the six sessions.

Mindfulness beats Exercise, Healthy Diet in Resistant MDD: Medscape
Investigations at the University of California and led by Stuart Eisendrath, MD, professor of clinical psychiatry, found Mindfulness-based cognitive therapy (MBCT) is superior to therapy focused on exercise and healthy eating in patients with treatment-resistant depression. Imaging results also demonstrated the MBCT intervention had a positive effect on areas of the brain involved in depression. Findings were presented at the American Psychiatric Association (APA) 2015 Annual Meeting.

The Relaxation Response and Gastrointestinal Disorders: Massachusetts General hospital
A pilot study has found that participating in a nine-week training program including elicitation of the relaxation response had a significant impact on clinical symptoms of the gastrointestinal disorders irritable bowel syndrome and inflammatory bowel disease and on the expression of genes related to inflammation and the body’s response to stress.

The relaxation response – a physiologic state of deep rest induced by practices such as meditation, yoga and prayer – was first described more than 40 years ago by Herbert Benson, MD, director emeritus of the Benson-Henry Institute and a co-author of the current paper.

Better Living Through Mindfulness: The University of Utah
This report was released in March 2013 but only just recently crossed my desk. The study from the University of Utah found there was a connection between traits of mindfulness and emotional well-being. Individuals who described themselves as being more mindful were found to have more stable emotions and perceive themselves to have better control over their mood and behavior throughout the day. Higher mindful people also described less cognitive and physiological activation before bedtime, suggesting that greater emotional stability during the day might even translate into better sleep.

I shall report on further meditation in the news’ next month (unless of course something really juicy and share-worthy comes along).

Meditation in the News
research
Pebble For Your Pocket Meditation
What About The Research
I’m having a somewhat ‘wild’ sale tonight. A