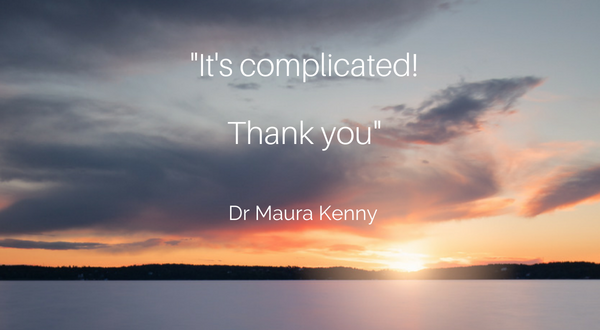 Oh, I am so wonderfully worn and tired, yet strangely re-fueled and exhilarated

If you have been to a conference then you might recognise this .. lots of information, faces, conversations and learnings which can over the many focused hours lead to feeling a little overwhelmed and drained, and yet once home (rehydrated and having consumed a solid hot meal) the feeling becomes a little buzzy and inspired!

This rebirth of the Meditation Conference in 2018 marks the tenth year of the Australian Meditation Association (AMA), which now has more than 300+ certified members. The 2018 three-day weekend event includes more than 60 speakers, and delegates not only from Australia, but also Singapore and Asia, and presentations by internationally known teachers and researchers.

Meditation is a pretty solitary practice, and it is not often that meditation teachers are drawn together to share and learn in a such a professional and dedicated space

It was super dark when I woke this morning, meditated, made a coffee and hit the road into the city edges. I had a full back-to-back program of presentations and workshops that I had highlighted to attend. I stuck with most of my choices and was well rewarded for straying a little from the program as well. Below is a little overview of my experience today:

Asher Packman, President of Meditation Australia, opened the Conference and shared some of his personal story, striving in a corporate career until finding meditation at a time of great personal loss and tragedy, and in doing so he ‘found his purpose’.  Pauline McKinnon, Founding Patron of the AMA shared her journey of working with Dr. Ainslie Mears (1910 – 1986) a psychiatrist, hypnotherapist, psychotherapist and great advocate of meditation, who supported her in overcoming agoraphobia and severe anxiety and initiated her journey as an independent meditation teacher.

The Keynote Address was MEDITATION AND SOCIETY: FROM THE INDIVIDUAL TO THE COLLECTIVE presented by Dr. Craig Hassed .. a stirring presentation, rich in both academic research and humor, that certainly won over the crowd.

Associate Professor Craig Hassed is a Senior Lecturer at the Department of General Practice. Monash University where he has been teaching at both undergraduate and post-graduate levels since 1989. He is also coordinator of mindfulness programs at Monash University. He has been instrumental in introducing a variety of innovations into medical education and practice in Australia and overseas with an emphasis on the application of holistic, integrative and mind-body medicine in medical practice. Some key takeaways from Dr. Hassed:

Next up was the Panel Presentation: CAN MEDITATION CONTRIBUTE TO CULTURAL CHANGE that presented a lively, and overall optimistic, supporting that meditation can indeed contribute to change, and perhaps already has :

At this point, I changed my plans ..

After some interesting discussions over morning tea, I moved across the campus to a beautiful room looking over the Melbourne city skyline, for the workshop with Asher Packman on MEDITATIONS ON DEATH. This will be one of the highlights of attendance at the conference, and flowing from the earlier discussion on cultural change, realizing the profoundly important and positive movement to demystify death, and give us all greater language and understanding of death and dying. Asher provided a beautifully safe and sacred space for many attendees to also share some of their experiences:

“death is not waiting for us at the end of a long road. Death is always with us, in the marrow of every passing moment. She is the secret teacher hiding in plain sight, helping us to discover what matters most”.

After a lovely lunch spent catching up with old and new friends .. was the address by Dr. Maura Kenny: IS MINDFULNESS ENOUGH?

Dr. Kenny (MBChB, MRCPsych, FRANZCP) is a psychiatrist and founding co-director of the Mindfulness Training Institute, Australia, and NZ. She specializes in Cognitive Behaviour Therapy and Mindfulness-based Cognitive Therapy in the areas of Stress, Affective and Anxiety disorders, she is the Convenor of the Discipline of Psychiatry’s Mindfulness Research Group (University of Adelaide) and her research focuses on the efficacy, mediators and long-term effects of applied mindfulness. Key takeaways:

The address MUTUAL ENRICHMENT: MEDITATION IN TANTRA AND CHRISTIANITY gifted an insight into Comparative Theology “one tradition understanding itself more fully by understanding another”. Reverend Dr. John Dupuche is a Roman Catholic Priest, a senior lecturer at MCD University of Divinity, and Honorary Fellow at Australian Catholic University. His doctorate is in Sanskrit in the field of Kashmir Shaivism, he lives in an interfaith ashram in Victoria and travels each year to India.

and I finished my first day with Eric Harrison from the Perth Meditation Centre and his seminar BEYOND SITTING: THE BUDDHA’s PROGRAM FOR COMPLETE MINDFULNESS. I have had the pleasure of a few of Eric’s workshops and presentations over the past ten years .. and he always brings home salient insights.

for the Buddha, the four foundations was training to what we can call ‘embodied cognition’ .. a way of thinking through and with the body .. a form of controlled, intuitive, and insightful thinking that the Buddha said was ‘the only way to enlightenment’

*Now .. sleep and I shall share some of the second (and final) day of the conference shortly