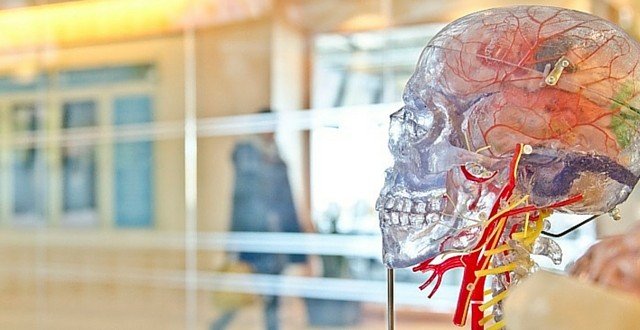 Participants completed a five-minute resting state brain scan before and after the three-day program; and provided blood samples before the program and at a follow-up four-months later.

The brain scans showed:
* mindfulness meditation training increased the functional connectivity of the participants’ resting default mode network in areas important to attention and executive control (namely the dorsolateral prefrontal cortex) and had reduced IL-6 levels (inflammation levels)
* Participants who attended the relaxation training did not show these brain changes.

“We think that these brain changes provide a neurobiological marker for improved executive control and stress resilience, such that mindfulness meditation training improves your brain’s ability to help you manage stress, and these changes improve a broad range of stress-related health outcomes, such as your inflammatory health,” David Creswell, lead author and associate professor of psychology in the Dietrich College of Humanities and Social Sciences.

Researchers, from the Duke Cancer Institute in Durham, NC, publish their findings in the Journal of the American College of Radiology.

A study of 121 women who needed breast biopsies were placed into three groups: guided meditation, music and a standard-care control group.

During the biopsy, the women in the meditation group listened to an “audio-recorded, guided, loving-kindness meditation,” which focused on acquiring positive emotions and releasing negative ones.

You can view a video demonstration of the guided meditation used in the study here.

The women in the music group listened to relaxing music (a choice of instrumental jazz, classical piano, harp and flute, nature sounds or world music) and the control group received supportive words from the biopsy team.
Patients filled out questionnaires that measured nervousness and anxiety, and ranked their biopsy pain from 0-10.